I thought I would compile a list of my own Best of 2011. These are my personally experienced Best ofs. There is nothing objective about my list. All categories and winners are in bold (except for the first one).
Best moment of 2011: A couple of weeks ago, I came home from work and Meadow, my three-year-old, met me at the door. "Daddy it is your special day." She told me how much she loved me and had baked me a cake. It wasn't any kind of official special day, but she made it that way.

Best Pet of 2011: Tonka, the Boxer dog. Tonka barrelled into our lives like a gasoline powered bumper car. He had to win the award this year as he was the family’s only pet and will be ineligible in 2012 having moved to Iowa in November.

Best Song of 2011: I bought exactly one song published in 2011, Switchfoot’s Vice Verses. I doubt it was really the best song of the year. You can judge how out of touch I am musically based on the distance you would put between your song of the year and this one.
Best movie of 2011: Captain America. I really only saw a few movies that were released this year, and there were no other contenders. Captain America was the best of the Avenger’s series. A few months ago I was sure the best movie of 2011 would be Real Steel. I was so excited by the trailer and thought it would be a great movie for Cannon, my five-year-old, and I to enjoy together. Alas, I couldn’t justify bringing him to a PG-13 movie without previewing it first and couldn’t bring myself to go see it in the theater twice. So maybe best DVD of 2012.
Best Republican Presidential Candidate of 2011: I'm giving this award to John Huntsman as he is the only one on the list of candidates I could not immediately think of a negative story about. Against what may be the most beatable incumbent president since Jimmy Carter, it has been fascinating to watch front-runners pushed through the ringer.

Best wife of 2011: Jill Ash. Everything a man could want in a wife and worlds more than I deserve. I wouldn’t want to live this life without her.
Best home renovation of 2011: nominees include kitchen counters 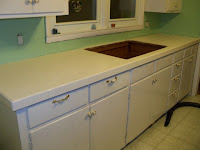 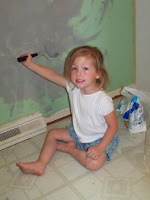 , and bathroom walls. And the winner is the counters. I highly recommend tiled counters, but I would pick a different grout color than white. As an aside I couldn't decide whether to include furniture as a home renovation, but in the end it wouldn't have mattered. We are allowed to eat on the counters and not on the furniture.
Best book I read in 2011: David Copperfield This year I read more books than any year since I graduated from college (2000). Big thanks to my Kindle and my mother for giving it to me last Christmas. Of all the books I finished this year, it's hard to touch the classics, and Cooperfield beat out the Pickwick Papers. I only read one book published in 2011, The Wilder Life, but it wouldn't make the top 10 of books read this year.

Best website of 2011: isitchristmas.com This site does one thing and does it well.

Best sports team of 2011: My heart wanted to give this award to the 2011 Kansas City Royals. I attended around 10 games this year and haven't enjoyed a Royals team this much since Jonny Damon, Jermaine Dye and Carlos Beltran roamed the outfield. Hopefully, this team will get to the level of these guys. Despite the many great memories they gave me this year, I couldn't give the award to a team with a losing record when the Dallas Mavericks did us all such a great service and allowed this to still be hilarious for one more year. 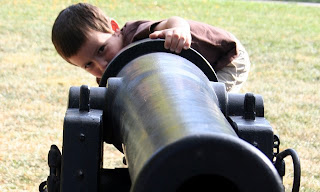 It's Cannon with a cannon. I mean, come on.

Best El Dorado Restaurant of 2011: Our local Chinese place, Hong Kong King Buffet, wins this award for their authentic pork dumplings and red bean pastry. By all rights Rusty Jug should win this award every year, but it will still be here in 2012 and chances are we will have a different Chinese restaurant.

Best Facebook Friend: Chris Sumpter. He didn't miss a birthday. Posted an appropriate number of pictures of his kids and interesting places visited. Responded to all comments. "Liked" interesting things. Didn't post anything easily refuted on Snopes.com. And never sent a request to add me to some calendar or play some game. And all of it was done from a foreign country.

Best school of 2011: El Dorado Christian School. Cannon started school for the first time this year and we were nervous parents. It was hard to let him go out into the big bad world but we couldn't have asked for a better situation. His teacher is amazing and the school is a gem in the golden city.

Best Status Update of 2011: From Tim Scott October 18, “I have to imagine that if Fanny Crosby would have been here last night she would have been listening to the rain hitting my skylights and singing "Showers of Blessings." I, on the other hand, would have be wondering why is there a blind ghost singing in my living room.”
Happy new year! 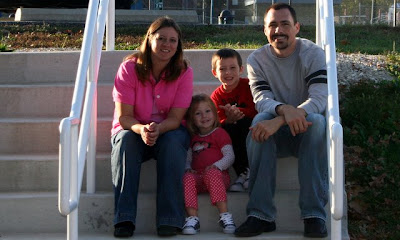